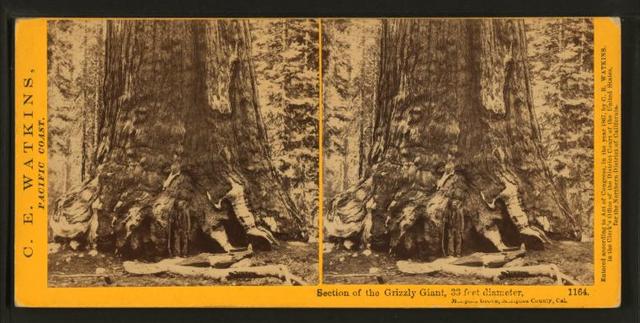 This essay was published in the Oct. 2019 edition of Live Ideas. View it HERE.

It is incredibly easy to look at an event in our own individual lives, whether the event be major or minor, and disregard the effects that event may have on other people or things. This piece explores three different points of view of one particular event: a tree falling.

The piercing light whispers “good morning” as it kisses our sleeping faces. Expelling a groggy groan, I roll from my left side to my right. Still basking in a restful tranquility, my husband, Jon, smiles slightly. I watch as his bare chest, like a small boat on pleasant waters, gently bobs. It seems an eternity passes before his green eyes flutter open and, with sleep still in his eyes, he locks onto my face.

Pouncing on top of him, I shriek, “Happy Jon Day!”

Thirteen hours march faithfully by as noon-light overthrows morning-light and darkness rejoices in his victory over them all. Jon and I sit at our dining room table preparing to play our favorite card game, The Legend of the Five Rings. While shuffling our cards, thunder shakes the house and lightning brightens the dark sky. Suddenly, something hard slams into our front door. Curious, Jon jumps up and walks out the door to investigate the clamor. As I wait patiently for his return, my stomach ties itself into worrisome knots. Jon quickly darts in saying, “It is like a hurricane out there!”

A lightning bolt flashes as I rush to the windowed front door. With cautious anticipation I rip open the blinds so we may peek outside. In awe, I watch as the trees bend to the mighty wind’s ruthless power.

“GET OUT OF THE HOUSE! Get out the back door, NOW!” Jon howled.

Though I am not fully dressed, the sense of urgency in his voice prompts me to simply follow his commands. Once outside, he tells me he watched the tree, which is less than a foot from our house, uproot and rip up our walkway. As we stand outside in the pouring rain, trying to figure out what to do, we watch as the massive tree rips through a powerline and erupts into hot flames. Jon whips out his phone and dials 911. The fire department, in their shiny metallic car, come to the rescue in mere minutes.

“Happy Jon Day…” I softly whisper as I rub Jon’s sopping-wet back. 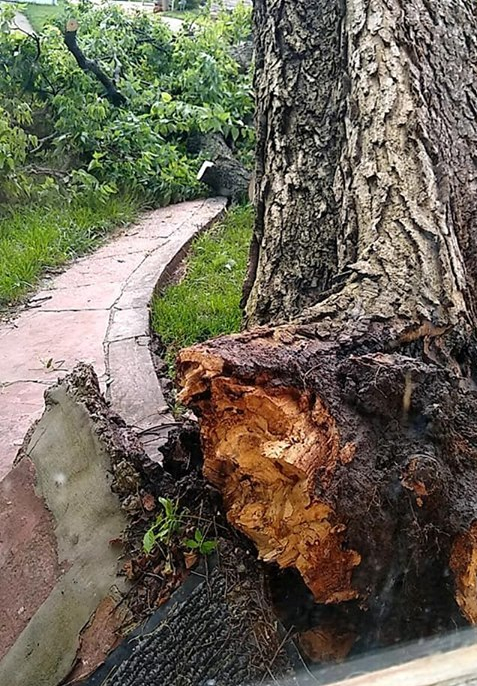 You were my home; the home to my children. That selfish storm, with its mighty winds and copious rain, took you in what seemed like an instant. Before that moment, you were eternal — consistently mine, but then you were gone and I was left with only memories. Oh! What searing loss!

Two years ago I flew to you, drawn by your lush green canopy. Your lovely barked branches seemed to reach the endless sky. You were my resort, giving my tired wings long-due rest after my, sometimes extensive, journeys. It was in the safety of your sturdy grasp that I decided to raise my family. Gently, you held my intricately and carefully weaved nest. Standing beside me, you witnessed the very day my babies, red and brown, emerged from their delicate shells. From your branches, they ate their first meal, sang their first song, and bravely set out on their first flight. That was long ago, and I am sure my family was one of many to take refuge in your lovely sanctuary.

Now your wooden corpse lay, unmoving, on the shimmering green grass. Off I go on an impossible journey of replacing you — of replacing my home. The wind, which guides me, led you to your final resting place: for you, just as all living things, could not stand forever.

She ripped through him like the vicious teeth of a chainsaw. Out of total darkness, she appeared, taking everything he ever knew. He valiantly fought as she pushed and pushed, but he could not handle her brute strength. Being old and, therefore, wise, he surmised he had little chance against her agility and youth.

She was a violent storm, formed from pure hatred and black, wicked sin. Bloodthirsty, she travelled across the Midwest, tearing apart anything and anyone who dared cross her path. She had no qualms with anyone in particular, but with life as a whole. On this night, her dark soul hovered over Kansas, brooding.

He, as always, stood strong in the well-manicured yard. Faithfully, he provided shelter to the various forms of wildlife in the area. Several birds, ants, squirrels, and occasionally an opossum or two, called his rough, yet secure, arms home. He took pride in his role as both provider and protector. Tonight, however, he felt a tinge of base fear as the sky above him rumbled in anger.

Soon, the storm began her reckless plight. She blew as hard as she could, just hoping something would bow to her awesome power. Soon, she saw him, nauseatingly snug and firmly planted. With all of her might, she blew. A surge of raw electricity rippled through her as she saw a young man exited his home to observe her dominance. Quickly, the man ran inside and she refocused on the overly confident tree. In seconds, her mission was accomplished as his wooden legs snapped underneath him. He fell and burst into red hot flames. The young man ran out from his cursed shelter with a woman. The storm reveled in the primal terror displayed on their pathetic faces.

The tree, defeated, lay among the grassy blades he always admired from afar. Never had he been so close to Mother Earth. A sense of bittersweet happiness overtook him as he faded away. The storm proudly stood above him, looking for a new victim to destroy — for she knew the strength she possessed and would allow no one the luxury of doubting her ever again.

This work is licensed under a Creative Commons Attribution 2.0 License.

The cover image is “Grizzly Giant.” Author unknown, work is in the public domain (CC0  1.0 Universal).

The second image belongs to the author.